The Rockcliffe Park Public School Book Fair began as a modest venture in 1961 to promote literacy among school age children and inspire a love of reading. The first Book Fair was a one-day event held in a single classroom at the school. Volunteers collected, and sold, 50 books. Today it is an event that attracts thousands and has one of the largest collections of used children’s books anywhere in Canada.

Book Fair is more than a fundraiser, it is a community event. Many speak of the camaraderie among the volunteers, who enjoy the opportunity to meet every year and to connect with other generations. The list of Book Fair volunteers over the years is staggering. Many return each year, and many new parents are recruited, to continue working the magic, turning chaos into order and transforming the “big gym” into one of the largest used book sales in the country.

Politicians, governors general, and other dignitaries have been involved in many Book Fair festivities. John Turner presided over the opening ceremonies in 1968, while John Diefenbaker opened Book Fair the following year. Lester Pearson and his wife, Landon, participated. When Prime Minister Paul Martin retired from office in 2006, he contributed a collection of books from the official residence at 24 Sussex Drive. Former Governor General Romeo LeBlanc was an enthusiastic buyer and was often accompanied by security personnel who were laden down with his book purchases. Prime Ministers of the last several years often helped out when their children attended the school.  Most recently, Justin Trudeau priced books in the Politics section.

The last Book Fair took place in November of 2019, and we look forward to the day when we can welcome you to Queen Juliana Hall again.  It has grown from a single classroom to fill an entire gymnasium, and from a one-day event to a three-day extravaganza. Instead of days of preparation, it is now a year-round process; as one Book Fair ends, collections begin for the next. The Fair is still held in the month of November but now thousands of visitors, instead of hundreds, enjoy an unprecedented choice in literature.

The 60th anniversary of the Rockcliffe Park Public School Book Fair will be celebrated November 15 – 19, 2021. Click on the “60th Anniversary Celebrations” tab to find out how we’re honouring this amazing legacy. 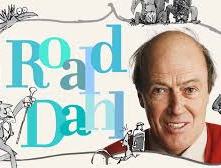