Tamara Galko was seven years old when she arrived in Canada with her mother and brother. The family came from Belgium where they had lived as displaced persons following World War II. Tamara’s mother had been invited to work as a nurse in Edmundston, New Brunswick, and she and her children were the first immigrants to the city. The family later moved to Montreal, where Tamara spent most of her childhood. Her mother worked there as a librarian and sparked Tamara’s love for books.

A fellow volunteer chatted recently with Tamara to hear more about her Book Fair experiences.

When did you first volunteer for RPPS Book Fair?

I started about five years ago, after seeing an advertisement. As well, my first godson (of seven) was a RPPS student, so I felt an attachment to the school.

I look forward to doing the books each year. As I am retired now, I am able to give more time.

What makes you come back year after year?

I enjoy it; I enjoy the people. It’s also like eating peanuts…once you open a box [of book donations] you can’t stop until the shelves are full.

A friend of mine, Blaine Gill, runs WholeHome Estate sales. I asked him one year what he did with the books that don’t sell. When he said he brought them to Value Village, I mentioned the RPPS Book Fair. Now, if the owners agree, I sort through the books and donate them to Book Fair. We had an entire library once. Usually, we get 10 to 15 boxes.

What was the best experience you’ve had so far?

There’s no one thing—it’s all a great experience. Though every once in a while you do find something really interesting.

For Book Fair itself, my favourite part is Thursday night, right before opening night.

Can you tell me about a particularly interesting or rare find?

I came across a London Illustrated from the 1880s once. I also check books for first editions, and for signatures by the author. You never know what you’ll get. Sometimes we get books from people who are well known, such as a collection of books that were given to Stephen Harper.

I really enjoy it, and will be in withdrawal until March [when the book bins open again for donations].

What is your favourite section and why?

I like books so it is all fun. I like to browse through the art section, in particular, as well as nature. I like to look through the fiction section for winter reading and music. I found a wonderful Mozart book this year. I also enjoy the travel section, given my training as a geographer, and the languages section, given my experience as an editor. Other areas of interest are religion, psychology, and philosophy.

In terms of the sections I work on, I usually work on ones that no one else likes to do, such as sports. I speak French, Russian, and German, so I also help organize the foreign languages section. This year we had a Cornish book, which was fun. We are also getting more books in Asian and Middle Eastern languages and could really use some help for a half hour or so each year from someone who is able to organize these books.

What would you suggest for newcomers volunteering for RPPS Book Fair?

Just do it—just come! That includes people with children, even if only for an hour or two. You don’t have to put in five or six hours—even one hour is good. Every bit counts.

Everyone will find something interesting. You meet interesting people and it’s fun to see them again and again, year after year. You’ll discover you’re enjoying it and will get a taste for it. There is also so much to do besides sorting, like helping with the café.

There really is something for everyone!

Thank you Tamara for your incredible work and dedication to RPPS Book Fair! 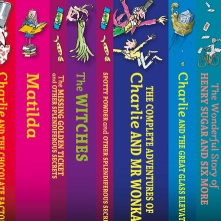